The nature of ethics in companies


The nature of ethics in companies 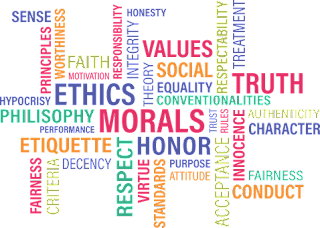 Ethics mean many different things to people as well as enterprises. Fundamentally, ethics can be explained as a set of rules of behaviour based on ideas about what is morally good and bad. Ethics plays an important role today as it is generally used by individuals and enterprises to make a statement about what their code values are. For the business world, ethics are covering all aspects of operations and is relevant to both individuals and entire organisations. They are created by individuals based on their moral stands, by organisation stands or by the legal bodies.  This mixture creates the norms, values, ethical and unethical practices that are used to guide businesses. In the final analysis, they help businesses to maintain a better connection with their stakeholders.

One of a great challenge we have with ethics is morality…. For example, is it moral to sell armaments to a belligerent country? Ethically speaking, this may be fine if laws of both seller and buyer countries are respected. However, the moral aspect is quite dire. This dilemma does not need to be and if it is, it is generally illustrating the fact that an unhealthy gap exists between them.  Business ethics are there to satisfy the enterprise image and acts as a safeguard for the company… no more, no less. This is the source of the issue as enterprises may indulge in immoral activities as described before. The question is therefore, is there another form of ethics that would satisfy morality too. We must travel back to the days of Confucius who was one of the first social teachers who build a new philosophy for people, companies and governments alike. It champions the following aspects:
Emphasize personnel morality
Emphasize enterprise morality
Emphasize government morality
Support accessible justice for all
Be sincere with everyone (information is available to all)

The Confucius model of ethics does indeed answer the need of the individual’s morality but goes against established company ethics. To understand why, we need to look at what and how companies are formed and run. Fundamentally, most companies are pyramidal with the power been kept at its top and most of the workforce laying at its bottom. From the top to the bottom, information is used to control and maintain a hierarchical system that also justifies and protects its structure with the use of ethics. The ethics deployed for this purpose are there to keep a good image rather than anything else.

Unfortunately, this kind of companies tends to be quite unmoral with the way they manipulate and control people. Furthermore, this state of affair also transpires into politics and we can see how corrupted and immoral but politically correct, many governments in the world are. The world of business and the world of politics reflects one another. In fact, in many cases, the narcissists or psychopaths that one side creates, can easily move to the other side and create more misery.

As a civilisation, humankind has the greatest challenge to face since its dawn. We are now at a stage where we cannot ignore our errors and in fact, we simply do not have the luxury our predecessors had. If World War 2 killed 60 million people, in comparison World War 3 would most certainly completely remove humanity from existence. This is not a bright prospect, but such a war could be the last of our worries as we have created even greater threats to our existence. Such a threat is global warming. For this later, it is thanks to immoral but ethical companies that were and still are so good at covering up facts and keeping us in a permanent state of stupor.

What does this all mean for all of us? Firstly, we must wake up and stand for truth and morally sound ethics. This also means that as enterprise leaders or workers, we have the duty to reject immoral ethics, regardless of the price it costs. No one should blindly accept any sort of compromise here; the survival of our species is at risk. Starting with enterprises, which everyone of us can easily challenge, we then can move onto governments and ensure that we stop narcissists and psychopaths to gain control of people's destiny. Building morally sound ethical companies, running business using Confucius’ principles, will be a great step toward changing the world not just for us but also for our children and other inhabitants of our planet.

Popular posts from this blog

The emergence of a new style of business leadership: Quantum Leadership 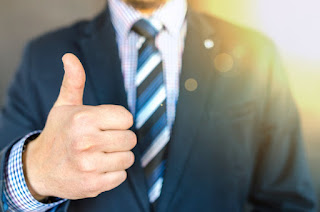 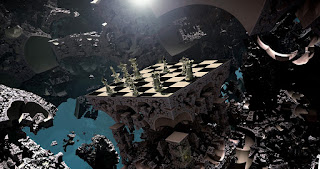 How AI Changed Chess Forever   Garry Kasparov is perceived by many chess players to be the greatest chess player in history. After becoming world champion in 1985, he dominated the game, for almost 20 years, with a dynamic style of play and a very strong personality. People who do not know much about chess are however aware that Kasparov is best known for losing to a machine in a chess match. In 1997, Kasparov was beaten by an IBM supercomputer called Deep Blue. To be fair to him, this was the second match as he convincingly won the first one a year before, in 1996. However, his defeat introduced the beginning of a new era of machine mastery over man. Since then, personal computers have grown more powerful to the point that even mobile phones are now capable of running chess engines as powerful as Deep Blue alongside other apps. More significantly, thanks to progress in artificial intelligence, machines are learning and exploring the game for themselves and are now surpassing all
Read more